It's time for Québec companies to make the green shift

More and more business leaders are concerned about their company's environmental footprint and they realize that going green pays off in the long run. And with technological advances and an evolving business environment, there’s less need than ever to choose between the economy and the environment. 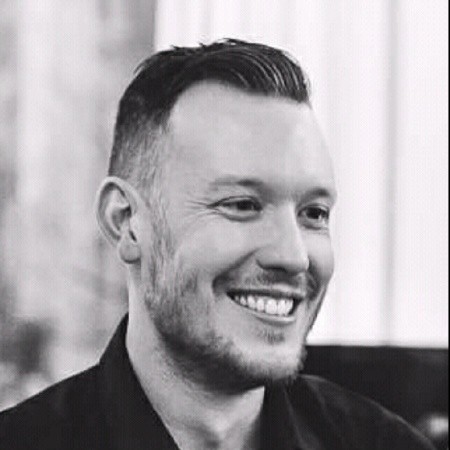 There was a time when environmental degradation, with all its charts and projections, seemed so far in the future. With pollution and extreme weather events happening almost every day, reality can no longer be ignored. That's why today's business leaders are more motivated than ever to go green.

Listen to the podcast (in French):


"Most people accept that climate issues are not science fiction and that humanity could hit a wall if we don't act quickly," said Pierre Paffenhoff, Manager, Investments at the Fonds."The supply of natural resources could run out and both extractors and users understand that they'll have to be replaced by renewable products."

"We've got to face reality: environmental issues can no longer be denied," added Christian G. Brosseau, Vice-President, Investment – Strategic Capital, Energy and Environment at the Fonds. "We’re seeing this with younger, environmentally engaged generations who are demanding change."

And as specialists in structuring energy and environment capital, both men have witnessed this growing awareness up close and personal.

The circular economy and decarbonization: two priorities for Québec Inc.

"We need to move towards a circular economy to maintain our collective well-being," Brosseau added.

"Many business leaders are rethinking their basic models, by adopting such approaches as eco-design to maximize product recovery and minimize waste and discharge. There will always be a need for some raw natural resources, but the circular economy is no longer a choice for many industries."

Another major change is decarbonization, the process of reducing a company's greenhouse gas emissions.

As Paffenhoff explained: "Decarbonizing the economy balances sustainable development with economic development. It involves everything from transitioning away from fossil fuels to local sourcing—anything that can reduce emissions in the operational cycle. Decarbonization gets more appealing as more people realize that it's not just good for the planet—it's good for a company's long-term success."

Decarbonization gets more appealing as more people realize that it's not just good for the planet—it’s good for a company’s long-term success."

Quebec businesses that lead by example

As an impact investor, the Fonds encourages these trends with financing solutions and support for local businesses. Its partners include: Pyrowave, pioneers of infinite plastic recycling technology to restore plastic to a molecular state identical to virgin materials; Groupe Robert, which trucking business is partly powered by natural gas and, soon, by hydrogen; AddÉnergie, which operates the FLO network of electric vehicle charging stations; EBI Environnement, which operates a network of natural gas charging stations and converts organic waste into renewable natural gas; GHGSat, which provides emissions monitoring by satellite to companies who want to decarbonize; CIF Métal, which has converted its aluminum smelter to hydroelectricity.

Along with these and other partners, the Fonds is working to promote a "just" energy transition and is taking concrete action to turn its values into concrete actions. "We must operate while considering the human and socio-economic impact, especially employment," Brosseau added.

Government's role in the energy transition

Investors such as the Fonds play a critical, but limited role, so it's up to governments to show leadership," he continued.

"Governments have the power to enact social, economic and fiscal policies that support new standards, technological innovation and a greener investment climate. They can also institute more stringent regulations, so that companies have no choice but to change. In more promising business sectors, subsidies and credits can be incentives for change."

Brosseau admits that although there has been significant progress in the past few years, such as meeting greenhouse gas reduction targets, the transition could move a little faster, given the right opportunity.

"The Quebec government has a good strategy for developing the battery industry and some municipalities have excellent pilot projects, but all levels of government, all doing their part, from federal to local, would have a greater leverage effect. Companies that are still hesitating, claiming they can't afford to go green, will be bucking the trend," he added.

Performance vs. the environment: there is no choice

Those who wait too long, fearing a poor return on investment, risk being left on the sidelines and losing everything in the end, warns Paffenhoff.

"Going green is already profitable in many sectors, but others are reluctant because their solutions haven’t been invented yet, or the infrastructure isn't there yet, or it's not profitable without government incentives that may end with the next election. This creates a reluctance to change, a false sense that there’s actually a choice between competitiveness and clean production. Every entrepreneur needs to stop and think beyond the short term and ask themselves where their market is going in the long term. Often, they’ll often find that transformation is inevitable, and if they don't lead the way, someone else will," Brosseau continued.

That's why the Fonds set up its Asthuce Group with multi-sector experts to help companies identify opportunities and support their transition.

Some green technologies are clearly more mature than others and they can be more expensive than the polluting technology they replace, but companies don't need the latest technology to make an impact.

"The best technology in the world won’t make an environmental impact if it's not widely adopted," Paffenhoff observed. "If another technology is less effective but is more attuned to market realities, it will sell more and the sheer force of numbers will have a greater impact on the bottom line. From this perspective, there's no choice between financial return and environmental impact."

Like any major transformation, it takes patience, Brosseau advised.

"We can't promise that the road will be smooth, but we're making a paradigm shift so we won't repeat the mistakes of the past. Major investors, like the Fonds, are now looking at the long-term impact of their projects. We’re looking for stable, predictable returns, not quick financial gains. And we want economic growth to be fair, inclusive and consistent with our values and those of the workers who have entrusted us with their savings."

Listen to the podcast (in French):

Québec businesses have the advantage of using 100% renewable electricity to reduce their carbon emissions. But they still need to be savvy about reaping the business benefits as they improve their environmental report card. Here are two Québec companies whose energy transitions are getting high marks all around.

FLO| AddÉnergie, a company specializing in electric vehicle charging stations, is a manufacturer, network manager and software developer all in one. The three areas of expertise give it a huge advantage in the promising North American electrification market, and the Fonds is proud to be financing its efforts.